What is Your Prison? 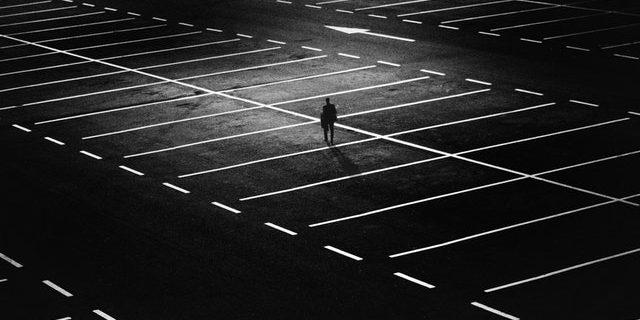 For the past sixteen (16) years, prison has been one of brick and steel. I was incarcerated in 2001 for aggravated robbery. At thirty-six (36) years old I have been imprisoned for most of my life. Yet, these past two years I’ve learned to live life while confined. I have learned that my incarceration began long before I was convicted for my crimes.

First, I was imprisoned by the fantasies of Santa Claus, the Easter Bunny, and other such myths that helped to shape this child’s reality. I was lost in my innocence, chasing and falsely hoping to be rewarded by Santa for being a good boy, when it was the hard work and miracle making of my parents that endorsed the spirit of Christmas. Then, I found myself confined to the definition of what a “black boy” was supposed to act like. Blindly following others that could see no better for themselves than I could for myself. Confused, wandering aimlessly, seeking an identity and independence while I transversed through the cesspool of the ghetto and the culture of American poverty. Then, I became a slave to addictions, to lies and to ignorance. Captive by my own self-induced delusions of what the world owed me, of what my world truly consisted of and of who I was in this mythical world.

This is not an isolated situation.  What of my father struck by a truck in a hit-and-run accident? He was left for dead and broken. For the last two years this traveling man, this proud “free man” has been imprisoned by his broken body, being unable to walk on his own. Or, what of my younger sister, a God fearing mother of three, who suffers from conversion disorder, her fear and anxiety have held her captive and bound in terrifying caution? How about the old woman who was bedridden for six years, only being capable of giving her family five minutes of lucid thought? What of the man confined by his religion, shackled to the dogma that will not allow him to enjoy life without feeling convicted, because his doctrine disagrees with a certain aspect that he might enjoy. Do not forget about the drug addict and alcoholic, the sick and infirm, the adulterer, cheater, the obese and the narcissist. All confined to circumstances some asked for and some did not. We do not normally ask for bad circumstances.  We make choices in these circumstances worsening or bettering them with a thought, an action, or being indifferent. We’ve all been somewhere in our lives we did not desire to be, asking God, why? Why me, why this pain that hurts, this addiction? We struggle so long in circumstances that hold us shackled in an arena that does nothing to favor our success or happiness. It isn’t so much as what is your prison, but what are you doing in these circumstances that truly matters.

By the grace of God, I’ve matured and grown from the ignorant young man who first walked through these dismal corridors. I have learned many things about myself and the world I’m expected to function in.  I’ve learned that I hold the key to my freedom and that this world is full of prisoners. I see many individual people imprisoned by their circumstances, just existing in this life, confined and content with the sentence given to them. I pity the blindness, the attitudes of defeat and despair. I witness the selfishness and division of this nation, while praying and working for a better tomorrow than the circumstances I see people wallowing in today. We are supposed to be the Land Of the Free, yet statistics prove that we are the Land of the Imprisoned, both literally and figuratively. We’ve become so divided that our prisons are both isolated and segregated. We believe that no one understands the problems of the wealthy, as if money and privilege have stopped them from being human. It is a given you are unique in your poverty; no one knows your struggles, as if the hunger and extra stress diminishes your worth. That our secret drug and alcohol addictions are normal and justified by the harsh circumstances that created the decisions to say, yes I need to be in a “higher state” of mind. Life is not enough alone; we deserve more, better, freedom.  Lies, all lies that we tell ourselves so that we may fit comfortably in our cells. No one understands the abusive husband or abused wife, the absent fathers, the prostituting mother. No one else has been imprisoned by fear, shame, guilt, or the failings of their own bodies. We are unique in our emptiness, in our self-delusions. Isolated in our dependencies to be cared for while we wail about the unfairness of the world.

We are not alone, as it seems at times. We share a common fault in our egos. It is all about “I” instead of us, or those that will come after us, our legacies. Our prisons are rich in experiences, with tests and lessons that we have both passed and failed. Ask your self what am I doing while I am imprisoned? What am I learning and enduring so that others may not have to be shackled to similar circumstances? Why is it that in my physical confinement I have been blessed with peace, identity, and true freedom? Why am I living life while you suffer in your prisons? Manumit!  I am many things yet, “Non Sum Quails Erum”, I am not who I used to be. I am no longer confined by my circumstances! I am Free! I am conscious, favored and determined to be obedient in my freedom. I work and pray for those that do not understand the blessing in living life to the fullest, to help free others from their cells.

So I ask again what is your prison? If you are unable to answer this, then you are still confined to something… Land of the Free?