The Woman Inside of Her 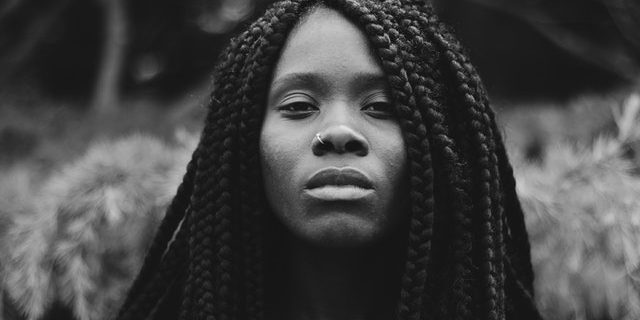 Have you ever realized that there was more to every woman in life? Whether it is your grandmother, mother, aunt, sister, daughter, niece or significant other; there seems to be more to her than we truly understand. Fundamentally we believe that we know or understand this woman, but how can we, when there is another woman inside of her. My mother has always been my closest friend the first person I ever told I love you. In all the trials I’ve put her through she constantly has given me support fighting for me when I was too weak or ignorant to fight for my self. In all honesty, I will forever view her as my mother yet in reality she has and will always be so much more.

I cannot tell you what or who my father saw when he courted the young woman that would one day be his wife. I cannot tell you of her youthful laughs or the tears of a teenager that she might have shed. I cannot tell you how it felt to be overwhelmed in her struggles to love us all, while attempting to give us enough love for both parents. I can’t explain the exhaustion that she felt nor the personal sacrifices and pains. I can only give you glimpses of these things, because there has always been that woman inside of her that disguises herself so well.

This is the same woman that kicked in doors of drugs dealers, as if she was the D.E.A. armed with nothing but righteous anger, the love and concern for her daughter. What really possessed this woman to pray for the gangstas and feed them too? Who clothed the needy because their mothers were lost to the circumstances of their world? This is the same woman that taught her children the value of sacrifice by example, bringing joy into someone else’s life. Who is this woman inside of her? The one who fought every statistic to keep her family intact, coming home with her ankles and feet swollen! Then rising early to begin the same laborious day again. Where was the complaining and tears? These I don’t remember hearing. Silently the woman inside of her shielded her children from these things. The same woman that tells her husband to go and live in a hotel, so that she can receive the government assistance to help care for her family. The woman that displayed nothing but strength in her weakest moments, who’s famous quote is ” I gotta fake it til I make it”, who is the woman inside of her that steps strongly on one foot so that in her quiet anguish she can drag the other one? The one who keeps fighting and carrying these burdens because her family still looks to her for strength, guidance and stability, who is the woman inside of her?

I look at my mother with pride now, with a renewed mature love, with a greater understanding of who she is now. I see that she is and has been more than I could’ve understood. I look at her with empathy not for the love she has given me, but for the way she painstakingly shouldered the world’s burdens in silence, and dignity. I now see the prostitute, the stripper, alcoholic and drug addict in a new light. Knowing that there is still that valuable woman inside of her that couldn’t sustain these burdens alone. It is a woman inside of her that has been abused, confused and left with no one to assist and guide her in her fight. This is due to who we have become as men, we’ve strangled the beauty and life from that woman inside of her. Branding her with names of defeat and degradation.

When I see a female now, I wonder at the person, the woman inside of her. In this I find our need to honor and appreciate the women in our lives, to cherish who they are, who they have been, and who they can become. If it is your grandmother, mother, or aunty, attempt to peel away each wrinkle, the gray hair and mature weight. Look at the woman inside of her; see the person that helped her become who she is today. Then say to them, ” I love you”. If it is your sisters, daughters, or nieces, view them as the women they will be one day. The struggles that they might face: the men that will chase them, their silent pains, and insecurities. Now relay the message again, ” I love and appreciate you”. When you look at the women in your life, know that they are more than they appear to be. Ask yourself, who is the woman inside of her and what does her value truly mean? As men it is our responsibility to stand firm and help heal those scars left in her life, to respect her experience or lack thereof. To acknowledge the virtue and beauty within our women that have been trampled on, ignored and devalued for far too long. For these are the same women that saw the men within us, who nurtured, built and fought for our lives when we couldn’t. They saw the men in us, not our faults and failures, nor our disappoints or mistakes. They saw the men in us, it is only right that we recognize the woman inside her.

Dedicated to my Mother, my Friend, My Moochie . . .Clara G. Banks