Coronavirus is officially in Texas prisons and jails 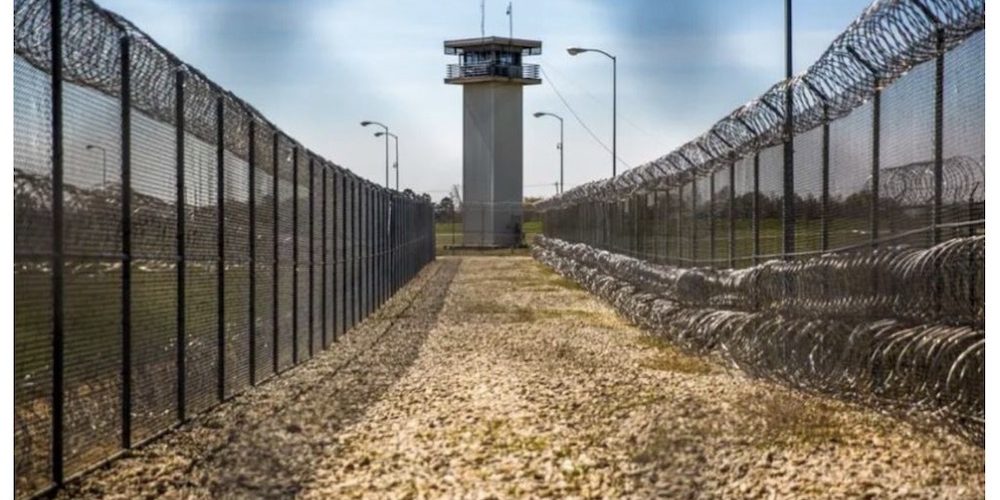 Officials at Texas prisons and jails have been taking preventive measures in recent weeks in the hopes of avoiding an outbreak of the new coronavirus behind bars. Now, with the virus officially reported in lockups, their efforts also include containing its spread.

On Tuesday, the first Texas prisoner tested positive for the virus. The next day, Dallas County reported the state’s first positive test for a jail inmate, which was soon followed by four more. The new coronavirus, which is known to have infected about 1,000 Texans and killed at least 12, is an especially dangerous threat behind bars, where there is often a combination of close quarters and unsanitary conditions.

And even after exposure to the virus, quarantining and social distancing aren’t always options.

At the Lychner State Jail north of Houston, the 58 men housed in a dorm with the 37-year-old who later tested positive are still locked up together, according to Texas Department of Criminal Justice spokesperson Jeremy Desel. The inmates are “medically restricted,” meaning they are mostly quarantined as a group away from inmates outside of their dorm.

They are given their meals in the dorm, not the dining hall, and employees regularly come in to take temperatures and check for any potential symptoms, like a fever or a cough, Desel said. Those employees do not wear protective gear, like gloves or masks, because no one has shown any symptoms.

Ahead of the confirmed cases (two prison employees also tested positive this week), TDCJ developed a new infectious disease control protocol for the virus and implemented other preventive measures. The agency has canceled all inmate visitation, and almost all transportation of inmates, save for emergencies, has been halted, Desel said. Collier said in the video that group activities, like eating and recreation, are being limited to smaller groups at a time.

But for those who have now seemingly been exposed to the virus, the group quarantine is not ideal, according to the Centers for Disease Control and Prevention. And an epidemiologist said employees should be wearing protective gear with exposed inmates, especially in a prison environment.

Typically, the CDC recommends a two-week self-quarantine period for anyone exposed to a known case of COVID-19, the respiratory disease caused by the new coronavirus, because it is believed that people without symptoms can still transmit the virus. For jails and prisons, however, the CDC issued a special set of guidelines. In it, the agency says exposed inmates without symptoms should ideally be quarantined individually, but if that’s not possible, they can be quarantined together as a cohort.

But the guidelines emphasize that facilities “should make every possible effort to quarantine close contacts of COVID-19 cases individually,” and that “cohorting should only be practiced if there are no other available options.”

Rebecca Fischer, an infectious disease epidemiologist at the Texas A&M School of Public Health, said TDCJ’s decision to isolate the exposed prisoners together is probably smart because there are likely space constraints, but she said the employees interacting with them should wear protective gear even if the inmates aren’t symptomatic.

“This is just a situation that has quickly spun out of control,” she said. “Given prisons and the close quarters and we know that they have conditions that are conducive to transmissible diseases being proactive and one step ahead is the smart thing to do.”

Although equipment like face masks and gloves is becoming more scarce across the state and country, Collier said Wednesday that the department has had an ample supply. He said the gear would more likely be used in situations where employees are dealing with someone who has already tested positive for the virus or is showing symptoms and suspected of being exposed to it.

A Texas corrections union official said his organization has asked for assurances that there is enough protective equipment and added that it has also asked for more staff training on how to handle infectious diseases. He also stressed the need for paid leave for employees who need to self-quarantine or who contract the virus, saying it was necessary to prevent exacerbating existing staffing woes.

“We should be doing all we can to encourage and support staff erring on the side of caution when taking leave,” said Jeff Ormsby, executive director of American Federation of State, County and Municipal Employees, Texas Corrections.

Because prisons and jails are so often incubators for disease, criminal justice reform advocates have called for the release of more people held in jail before trial as well as older, ill prisoners who could be freed on parole. A deadly viral outbreak paired with already dangerous understaffing in prisons could be devastating, a group of advocates said in a letter to Gov. Greg Abbott last week.