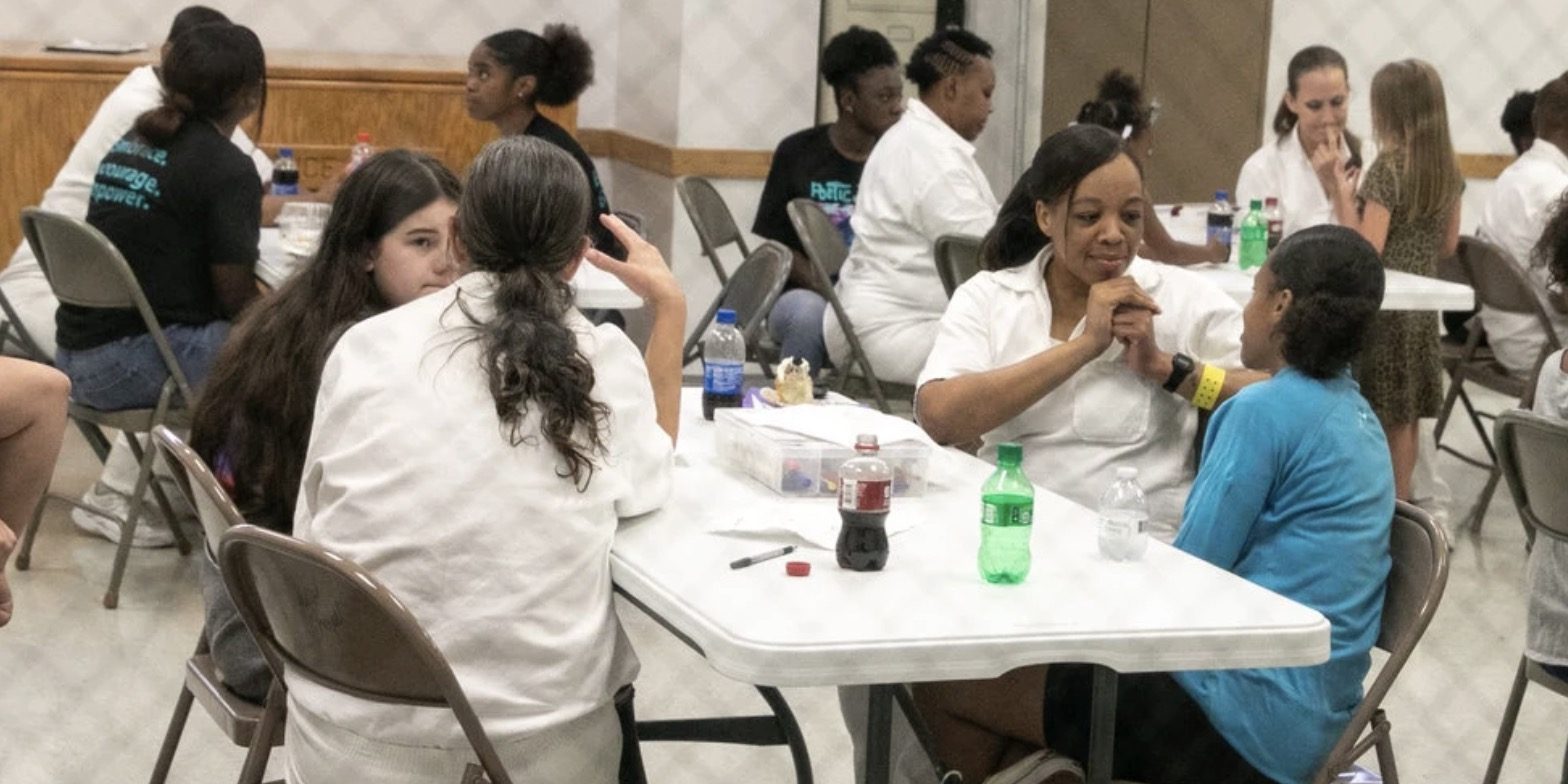 GATESVILLE, Texas — Every month, Lila Edwards wakes up early for a two-hour road trip with a group of girls that ends with them walking single file through a metal detector. Inside an empty classroom, Lila eagerly and anxiously awaits Inmate 01740964.

When the inmate, a woman serving a 40-year sentence for murder, walked in during a recent visit, Lila collapsed into her arms and didn’t let go for more than a minute.

These monthly visits at a minimum security prison are the only times that Lila, who is 10 years old and in the fifth grade, touches her mother.

“Sometimes I ask, ‘Mom, when are you going to come home?’” Lila said. “She says soon and tells me to pray more to God about it. I pray for my mom every night.”

A toddler when her mother was convicted of stabbing to death a woman who was also dating Lila’s father, Lila will be an adult when her mother, Lena Acosta, is eligible for parole in 2030.

Ms. Acosta says she regrets that her own actions from nearly a decade ago have left her daughter in this position today. “The person I was was horrible,” she said, adding that her faith has helped her change. As the prison population in the United States skyrocketed since 1980, the number of incarcerated women has grown by more than 750 percent, at a rate twice that of men. The increase, according to criminologists, has been driven by a rise in the imprisonment of white women for property and drug-related crimes. And as the population has risen, so, too, has the number of children growing up with a mother or father behind bars.

At least 5 million children — or about 7 percent of American youth — have had an incarcerated parent, with black, poor and rural minors disproportionately affected, according to a 2015 report that examined federal data.

Read the rest of the story at the New York Times