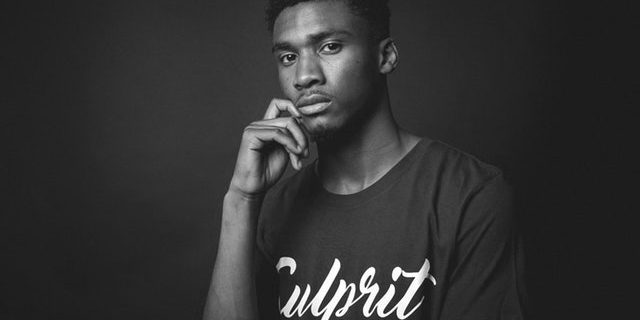 “You ain’t going to school today?” asked my granny early one morning. She had showed up with the intentions of taking me to find a job. I responded saying that I was taking the day off. Knowing I hadn’t been to barber college in over a month. “Do you still want me to take you up to the temp service?” My response may had well been, “I’m good. I’ma just hit the pen for the majority of my twenties and start over when I make it home. I’ll call you in a few hours from book-in at the county jail.”

For six years straight, I relive that moment in my mind’s eye whenever thoughts of “Should’a done this… or would’a been that” crossed my mind. The hardest parts of the first few years were the moments I dwelled in the past; living with remorse, self pity and feeling neglected by those who I shared a bond with that seemed to be unbreakable. The hardest part of the next few years was the anxiety. With the release looming closer, the anxiety grew stronger when thoughts crept in like, who’s gonna be around? Will all of my plans and visions of a different lifestyle even manifest? How long should I wait before having a child? What if I get smoked? What if I get smoked before I even get to plant my seed in this world? The first and last questions were the ones that used to hit me the hardest.

Back when I was in the sixth grade, my mom’s cousin got sentenced to 75 years in prison for attempted murder. That seemed like a long time to me back then, and it seems even longer now that I’m in the same conditioned environment as he; I used to wonder what life was like for him down here. We used to write each other while I was in the county jail and he put me “on game” about how not to succumb to the ways of the penitentiary. I carried myself to a certain standard anyway, so most of the advice and knowledge he was giving me was already apart of my demeanor and character. In the county jail, I ran across dudes who knew him or knew of him and guys who’d been in my shoes before. They told me things like, “Just treat it like an all men’s college, and get every thing they got to offer.” They saw my personality and assured me, “You gonna be good bro. I see how you move; you don’t be on no bullshit that’ll get you messed off or make your time harder.” The one I heard the most was, “How long you gotta do? Seven and a half? Man, you ain’t got no kids and you’re still young; you’ll be alright.”

So with that, I prayed to God asking that He watch over and protect my loved ones, shed some tears that seemed to come from my soul…

When I finally start hitting units, that when the dehumanizing process started. The humiliation process was supposed to humble us, but humility was already a part of my character. So in my mind, the yelling just made the C.O.’ s look stupid and foolish to me. Shave my head? Bald? It’ll grow back. Lift my nuts? Alright, don’t get jealous. Since then, almost every element of my life is being controlled, except for my mind. My peers would describe me as quiet and laid back for the most part, maybe funny I decided to be social. In reality, I was just observant of the new scenery while my thoughts raced a mile a minute. Every action and creation is the manifestation of a thought. Parts of me used to think that the majority of these dudes were perverts, swindle experts and con-artist, or had ulterior motives, so I stayed to myself. I thought about my future a lot and realized there is so much about life that I don’t know, so I stopped reading books for entertainment and started seeking knowledge and guidance through written words from women and men who’ve experienced the real ups and downs of life and adulthood. “We are shaped by our thoughts, we become what we think. When the mind is pure, joy follows like a shadow that never leaves.” After I came across that quote from Buddha, I began to realize how my thoughts could make or break me. I found that one slight moment of self-doubt or uncertainty could leave me walking around with a mug on my face for three days straight. That’s when I realized that no matter how much working out or reading I did, I still needed to be sure to keep my mind sharp. I learned not to depend on outside sources and others to make me happy, because when they fell off the joy was gone. I had to find joy and motivation from within myself. True, every one around me will reap the fruits of my labor, but I found less pressure in seeking prosperity for my own happiness and peace of mind, rather than striving to be a success for every body else. Eventually, my brother got locked up. We’ve been corresponding ever since. He told me in a letter that we were in LAST PLACE. I agreed, but told him life ain’t a race even though we tend to move fast. I noticed a real change in his attitude throughout the letters, being that he was once wilder than I was at his age. Over time, we came up with common goals and promised each other to work together as a unit while holding one another accountable to make sure we see our visions through. Both of us are waiting on the “touchdown’, and it looks as though we may come home months apart from each other. Lately, I’ve been trying to treat every day as I would live in the world; wake up with a purpose and mission, go to sleep with a sense of fulfillment. This new way of thinking keeps away the stress and helps me prepare for what’s ahead of me; a release. A new beginning. A few weeks ago, I hit the six year mark. Through those six years, I was somewhere in between joy and pain. Once I learned the environment and figured out what triggers my “pain”, I realized that it was all in my head. True, I grew up in a situation, but my ways of thinking led me into unfortunate circumstances. This process hasn’t been an easy journey, but the choice to grow and move forward eventually led to more moments of joy and distant memories of pain. My co-defendants had shorter sentences than me, they made it out this place already. Even though I’ll be the last one out, I’m fueled by the belief that I’ll be the first to reach my full potential and maximum success. When I put it that way, last place doesn’t seem so bad after all.