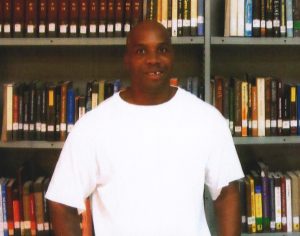 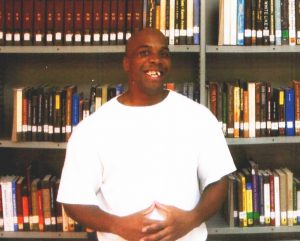 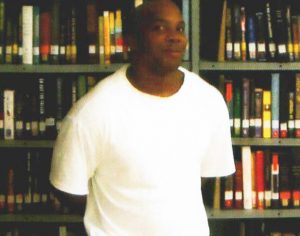 We don’t have many pictures of Enoch because it is difficult to get approval to take photos of people in prison.

Enoch is 36 years old and serving a 28 year sentence in prison. I met James Enoch Banks in April 2015 at a spiritual retreat in a Texas state prison. The motto of the organization leading the retreat is “listen, listen, love, love”, which is what the weekend was about. Enoch and I were in a family of nine—six inmates and three volunteers—who met together over a four-day period. Enoch and I became friends, and I have been in contact with him for the last few years. He is a leader in prison, helping men learn what it means and what it takes to be a good man, a good father and an agent of change.

Enoch is a gifted writer to be sure, but he also a man of integrity, determination, wisdom, and courage. I am proud to know him, and I have benefited greatly from our friendship.

Enoch’s family is comprised of his mother and father, a son, and six siblings.

In his own words: